CBD for Fibromyalgia: What Does the Research Say?

Although cannabis has been used both medically and industrially for thousands of years, only in recent years have manufacturers learned to isolate and extract some of it’s more than 100 individual cannabinoids. Consequently, CBD extracts are now a relatively common commodity. 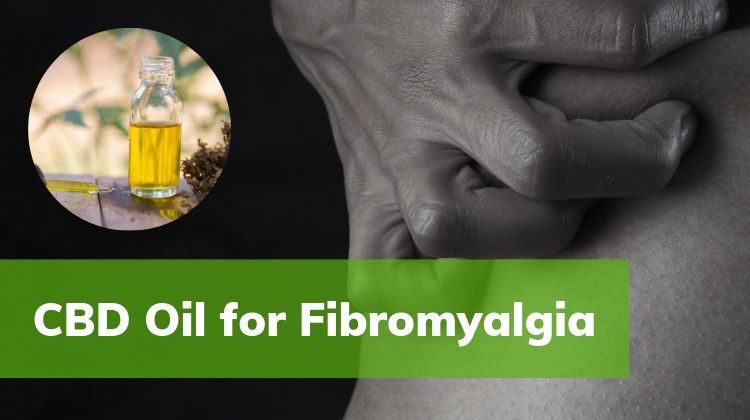 Although we cannot make any claims on what CBD does for fibromyalgia patients, many fibromyalgia patients report that using CBD extracts causes a significant reduction in their pain levels. This is done while avoiding the negative side effects, as well as the possibility of addiction, that prescription opioids present.

Consequently, many fibromyalgia patients who have tried CBD extracts now state that they have a distinct preference for CBD oils. Everything we know about what Cannabidiol does for us is either through research studies or customer testimonials when we ask previous customers. A lot of users and customers report to using CBD specifically for aches and pain stemming from fibromyalgia.

For those of you who are not familiar with Fibromyalgia, it is a debilitating medical condition characterized by widespread musculoskeletal pain and severe fatigue. You will also notice an extreme sensitivity to pressure in localized areas in addition to numbness, tingling, bowel or bladder problems and sleep disorders. Furthermore, some patients also report a symptom which is sometimes described as a “brain fog” which adversely affects the patient’s short term memory.

However the cause of Fibromyalgia is unknown. It is thought to be due to a combination of genetic and environmental factors in which each factor plays a significant role. It appears to result from a process in the central nervous system referred to as Central Sensitization Syndrome.

Little research has been conducted at present on the effects of CBD for treating Fibromyalgia. We do know that the human body has certain receptors which are located within the Central Nervous System, immune cells in muscle tissue and, in bones which are specifically designed to accept cannabinoids. Tis receptor system is referred to as the Endocannabinoid System and is responsible for regulating pain.

Consequently, upon entering the bloodstream, CBD molecules bond with the receptors in the Endocannabinoid System to cause them to cease sending pain signals to the brain. In turn, it is thought to provide the relief that some Fibromyalgia patients experience.

Furthermore, we also know that the human body contains Microglial Cells which are thought to be a potential source of pain, brain inflammation, and severe fatigu. It's believed that CBD may reduce pain by binding to the microglial cells which then causes a reduction in Cytokines.

CBD also acts as an anti-inflammatory which is known to reduce both the swelling and heat associated with injury. This can potentially reduce the pain caused by Fibromyalgia.

It should also be noted that although some Fibromyalgia patients experienced relief, it does not seem to work for all patients for which there is presently no explanation. For those patients for whom it does work, many report that CBD provides them significant levels of relief without the negative side effects caused by prescription opioids.

What Has Research Shown about CBD

Although little research has been conducted at present to determine precisely how CBD reduces the pain suffered by Fibromyalgia patients. One study conducted by the Human Pharmacology and Neurosciences Unit, Institut de Recerca Hospital del Mar-IMIM, Parc de Salut Mar in Barcelona, Spain indicates that Cannabis (which contains cannabidiol) is associated with beneficial effects on some symptoms of Fibromyalgia.

Another study conducted in 2016 by Ethan B. Ruso was published in volume one of Cannabis and Cannabinoid Research suggests that a lack of Endocannabinoids in the human body may be responsible for the chronic pain caused by Fibromyalgia.

A second study conducted in 2016 and published in volume one of Cannabis and Cannabinoid Research found evidence that some cannabis-based treatments appear to be effective in treating the pain associated with Fibromyalgia. It was published that it also helps with the pain associated with migraine headaches and irritable bowel syndrome; both of which are related to fibromyalgia.

A paper published in 2017 titled Expert Opinion on Therapeutic Targets suggested CBD has the ability to reduce the activity of certain brain cells called Glia. This leads to Central Sensitization Syndrome which is one of the main symptoms of Fibromyalgia.

Fibromyalgia is not currently classified as an inflammatory condition. Several additional studies have suggested that CBD has the ability to reduce inflammation of the body-wide web of connective tissue called the Fascia.

It should also be noted that there is presently a wide ranging debate concerning whether or not CBD is more effective when used alone or in conjunction with the over 100 other cannabinoids produced by the cannabis plant. This is called the Entourage Effect. Some researchers do believe that the other cannabinoids produced by the cannabis plant may very well intensify the positive effects of CBD. It can provide additional benefits which is an opinion that is supported by a study conducted in 2006 which did determine that cannabidiol does indeed work best in combination with THC.

How much CBD oil Should I Take for Fibromyalgia

CBD tincture oils are the most commonly available means of ingesting CBD since they can be consumed orally by placing one or more drops on or beneath the patient’s tongue.

Some manufacturers of cannabidiol also add CBD extracts to various types of foods which are then called “edibles”. It should be noted that although some CBD users may find this method of ingesting CBD to be more palatable than ingesting the extract orally. At the same time, the effects of CBD infused edibles can last significantly longer than simply consuming the extract orally.

If a patient is in need of immediate relief of the debilitating symptoms, either smoking CBD in a specialized glass pipe made specifically for consuming cannabis extracts. You can also place the CBD extract in vaporizer. This is the fastest known way to reduce or alleviate symptoms. It should be noted that there may be respiratory risks associated with smoking or vaping cannabis, especially for people who have asthma or lung conditions.

For those users who would prefer not to ingest the extract either orally, gastronomically, or by smoking or “vaping”, CBD creams and lotions can be applied topically to the skin as an oil or a balm that has been infused with CBD.

Despite the lack of medical research on the effects of CBD on Fibromyalgia, many patients have reported that cannabidiol do indeed significantly reduce or alleviate the pain far more effectively than prescription opioids. Since CBD is as yet an unproven remedy, it is up to each patient to decide for themselves whether or not ingesting CBD to reduce or alleviate the pain caused by Fibromyalgia is right for them.