CBD for Multiple Sclerosis: Does Hemp Help for MS?

First described in 1868 by Jean-Martin Charcot, the name Multiple Sclerosis refers to the numerous scars (aka sclerae) which are better known as plaques or lesions that develop on the white matter of the brain and spinal cord. Commonly beginning between the ages of 20 and 50, Multiple Sclerosis is twice as common in women as it is in men and can not only be debilitating, it can also be fatal. 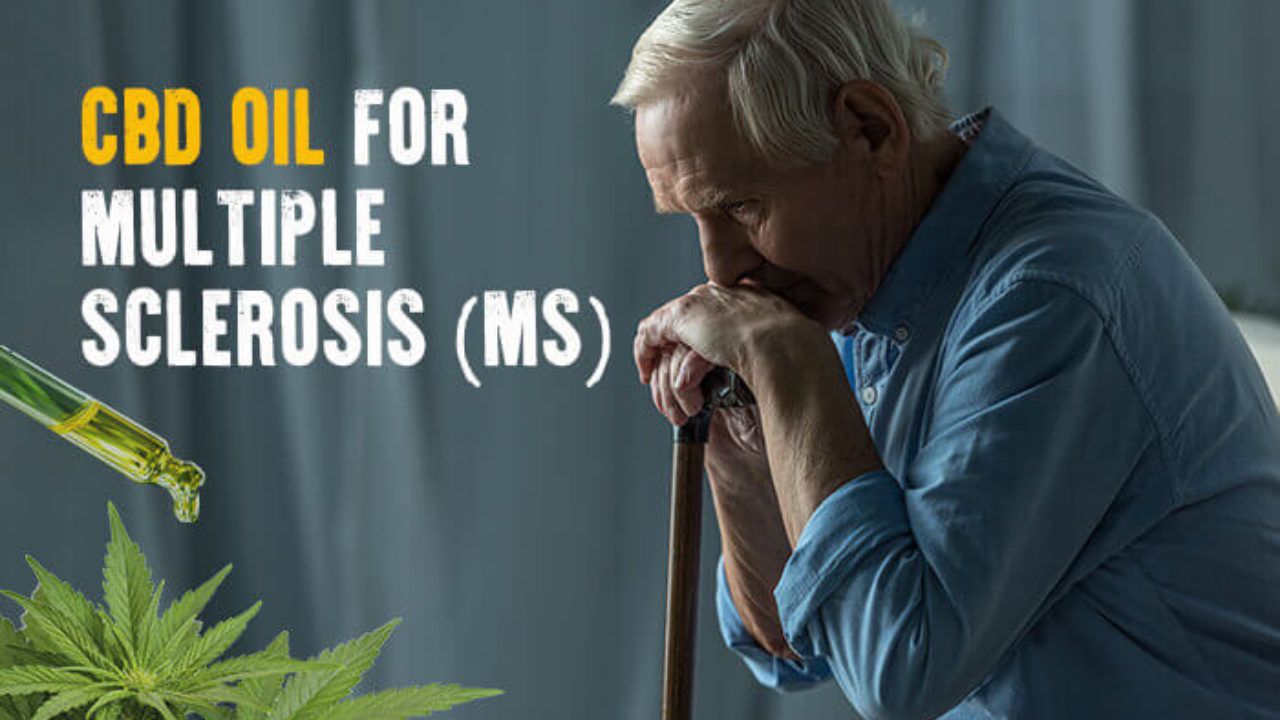 WHAT IS MULTIPLE SCLEROSIS (MS)?

So, what exactly is Multiple Sclerosis? Multiple Sclerosis is defined as a demyelinating disease which causes significant damage to the insulating covers of nerve cells in the human brain and spinal cord which are called Myelin.

Consequently, Multiple Sclerosis causes the development of Sclerae (aka plaques or lesions) on nerve tissue by attacking and degrading the Myelin which, in turn, disrupts the ability of the Central Nervous System to communicate with parts of the body.

MS can take several different forms with new symptoms either occurring in isolated attacks (relapsing forms) or accruing over time (progressive forms) and, symptoms may disappear completely between attacks. Even so, permanent neurological problems often remain; especially as the disease progresses.

Therefore, MS can result in a wide range of symptoms. Some of them are depression, difficulty coordinating movement and speech, a lack of physical sensation, muscle spasms, fatigue, inflammation, pain, double vision and, blindness in one eye among others.

Consequently, the symptoms of MS often lead to reduced physical activity and negatively impact a person’s functional mobility resulting a detrimental impact on a patient’s quality of life.

What is the Cause Multiple Sclerosis?

Although multiple sclerosis a non-communicable disease, it cannot be contracted from a person who has MS, the exact cause of the disease is presently unknown. However, researchers do believe that there are four different vectors that may cause a person to develop the disease.

For instance, because Multiple Sclerosis is a demyelinating disease which results in damage to the insulating covers of nerve cells in the human brain and spinal cord (called Myelin). One possible cause of MS is an immune system disorder which causes a person’s immune system to attack their Central Nervous System resulting in the decay of Myelin and the buildup of Sclerae.

Another possible cause of MS may be genetic since several certain individual genes are believed to play a role in the development of MS. In fact, some researchers believe that people who have MS are born with a certain genetic susceptibility to react to particular,. However they are unknown, environmental agents which trigger an autoimmune response when a person encounters these agents. Consequently, a person’s chance of developing MS is believed to be somewhat higher if a close relative also has the disease.

Yet another cause of MS may be infection. For instance, it is possible that certain viruses or bacteria may lead to the development of MS. Viruses are known to cause both inflammation and a breakdown of Myelin (called Demyelination). Therefore, researchers believe that it is possible that a virus or bacterial infection could trigger the onset of MS.

One observation is that the countries located farthest from the Equator seem to have a significantly higher rate of patients with MS. Since vitamin D aids the proper function of the immune system, some researchers believe that the development of MS may be linked to a vitamin D deficiency.

Consequently, because people who live near the equator are exposed to sunlight for longer periods during the day, their bodies produce more vitamin D than people living at higher latitudes. Thus, because MS is considered to be an immune-mediated disease, exposure to sunlight and the production of vitamin D may be linked to the development of MS.

The Effects of Cannabis on Multiple Sclerosis

Numerous studies have shown that cannabis has the ability to regulate the human immune system by acting on the cannabinoid receptors in the endocannabinoid system. In addition, preliminary research has shown that at least some of the various cannabinoids contained in cannabis act as a neuroprotective agent. They also slow the neurodegenerative process associated with the onset of Multiple Sclerosis by preventing the degradation of Myelin and can even assist in neuroregeneration.

However, not all patients are comfortable with consuming cannabis in its natural form. One viable alternative is a cannabis-based pharmaceutical spray called Sativex which contains both Delta 9-Tetrahydrocannabinol (THC) and Cannabidiol (CBD) in a 1:1 ratio.

In fact, Sativex has been approved as an adjunctive treatment for neuropathic pain in patients with Multiple Sclerosis. In some trials, Sativex spray significantly reduced neuropathic pain, muscle spasms, and sleep disturbances.

However, it should also be noted that some trial patients have reported adverse events such as dizziness, sleepiness, fatigue, a feeling of intoxication and a bad taste when using Sativex.

How Can CBD Help to Alleviate the Symptoms of Multiple Sclerosis?

Because MS has an unpredictable nature, its symptoms are difficult to control due to the fact that they tend to change over time as well as randomly appearing then disappearing again without warning.

Therefore, when the proven abilities of Cannabidiol are considered, CBD oil appears to be a viable choice for help MS. This is possible because we know from numerous years of clinical research that CBD possesses an impressive list of properties that can help to alleviate the varied symptoms of MS.

In fact, according to Frontiers in Nurology, there is evidence that CBD has a number of beneficial pharmacological effects. For instance, it acts as an anti-inflammatory, an antioxidant, an antiemetic, an antipsychotic, and a neuroprotective agent. We also know that CBD can serve as an analgesic, an anti-depressant, an anti-carcinogenic.

MS sufferers can experience varying levels of pain which can range from mild to debilitating. CBD acts as an analgesic by interacting with the human body’s endocannabinoid system. Using CBD oil as a form of neuropathic pain control not only provides a certain level of pain relief, it does so without the risk of opioid addiction.

Thus, CBD can serve as a relatively safe natural treatment that can be consumed on a regular basis like any other daily supplement without the patient experiencing adverse side effects.

In addition, muscle spasms are one of the most distinctive symptoms of MS. They can differ in severity from slight muscle tension to severe pain and uncontrollable spasms. Fortunately, extensive research in using CBD to treat epileptic seizures in children shows that it is a strong anti-spasmodic and that it can naturally relax muscles without causing any side effects.

Last, patients who suffer from Multiple Sclerosis often struggle with interruptions of their sleep cycles as a result of muscle spasms and pain. CBD oil is an excellent way to combat this problem while also providing some much needed relief to MS patients with fatigue and insomnia issues.

While more research needs to be done into the causes of Multiple Sclerosis as well as the effects of both Cannabis and CBD oils on the symptoms of MS, the research that has been done so far indicates that CBD is a viable and natural alternative to the various medications that are currently prescribed.