HOW DOES HEMP WORK FOR ADDICTION & WITHDRAWAL

If you have been investigating how hemp works for addiction and why then you’ll hopefully find this short article of value as we cover all things cannabinoids and addiction.

Addiction is a disease that affects millions of people in the US and multiple millions worldwide. Roughly 100 Americans pass away from overdoses daily and that rate doesn’t seem to be slowing down. 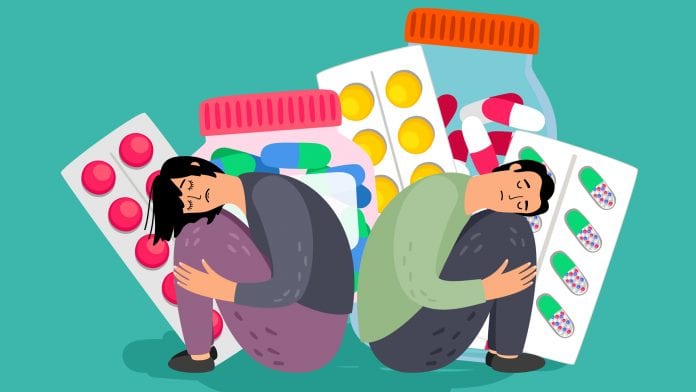 Opioids are an entirely different kettle of fish altogether, given their high prescription status for chronic pain (and long list of side effects, including extreme withdrawals when users attempt to quit these compounds).

The opioid epidemic runs rampant in New Zealand, Australia and the US. Even though medication-assisted therapy is available, its prescribed medications are also addictive and come with a harsh detox, which continues the cycle of addiction.

o    2018 data shows that every day, 128 people in the United States die after overdosing on opioids.

o    Roughly 21 to 29 percent of patients prescribed opioids for chronic pain misuse them.

o    Between 8 and 12 percent develop an opioid use disorder.

o    An estimated 4 to 6 percent who misuse prescription opioids transition to heroin.

o    About 80 percent of people who use heroin first misused prescription opioids.

A lot of people who are users of opiates report that they have been prescribed the medications they eventually became addicted to due to pain issues. This is troubling. As if chronic pain is not hard enough to deal with, withdrawal and harsh detox from opioids, or dependence is an extremely difficult matter to deal with entirely.

Eventually they required higher doses of the drugs to ease their discomfort, due to the body adapting to them. It turns out opioids heighten the pain sensors in the body, not only increasing sensations of pain in the user over time, but also requiring the user to increase the dose.

This increase in opiate drug use to ease their discomfort leads to a vicious cycle of abusing prescriptions or drugs like heroin.

Cannabinoids are compounds found inside of the hemp plant and when researchers investigated hemp cannabinoids and addiction, they weren’t surprised by the results, given what we are understanding about how the endocannabinoid system (ECS) works.

Cannabinoid-rich hemp oil is shown to work on the same pain pathways as opiates and to provide long-term relief. Cannabinoids do not cause dependence, which opioid medications do. This is a huge advantage on its own, and why many people are turning to cannabinoids and the endocannabinoid system for pain relief.

The cannabinoid CBD has been shown to reduce heroin cravings and drug seeking behaviour. A 2009 study in the Journal of Neuroscience reports that CBD maintained the reduction after 24 hours and for up to two weeks after administration.

Scientific evidence shows that CBD from hemp is effective in treating opioid addiction. CBD blocks opioid effects on the brain, so it helps patients going through opioid withdrawals by fending off nausea and other symptoms.

Because CBD is proven effective for having anti-inflammatory and anti-anxiety properties, it is beneficial in helping a patient getting the underlying conditions stabilized so that they can get their life back on track.

Studies have shown that using CBD oil can prevent relapses of drug use. One case study showed researchers that a series of test determined the anti-relapse potential of a patient when using transdermal CBD.

After administering CBD oil to the group every 24 hours for a full week – which is 7 days – it was determined that the oil prevented “addiction-like” characteristics from developing and it helped to deter relapses for as long as five months after the last use. But, the CBD itself wasn’t traceable in the body and brain within three days after having been stopped.

WHY HEMP WORKS FOR WITHDRAWAL

At this current time, drugs like methadone and Suboxone are used in detox or in harm reduction of those with opiate addictions. They are sedative-like, highly-addictive, and can be worse to “come off of” than heroin itself.

Further research on cannabinoids and addiction is underway, which could aid in providing a safer, more comfortable treatment for addicts without the long list of side-effects and harsh withdrawals.

Addiction has been linked to the “reward pathway” in the brain. As a substance enters the body, it affects neurons in the brain that release chemicals. These chemicals, like neurotransmitters serotonin and dopamine, promote feelings of well-being.

The repeated drug-induced release of these chemicals creates a deficiency in the normal production of the chemicals when the drug is absent and leaves the person craving more of the drug to compensate.

Cannabinoids, like CBD, CBG, CGN & THCA increases the levels of both of these neurotransmitters and achieves the same effect without any of the harsh side effects.

In raising the level of neurotransmitters, cannabinoids reduce symptoms of anxiety and depression. Cannabinoids also work to promote relaxation and an overall sense of wellness.

By naturally boosting the deficient neurotransmitters, the need to pick up a drink or a drug is diminished. Cannabinoids are safe for daily use and provide benefits to the body beyond the treatment of addictive behaviours.

If a person chooses to discontinue the use of cannabinoids, they won’t experience withdrawal symptoms experience with other medications or illicit drugs.

This is big news for those investigating hemp cannabinoids and addiction. You get many of the research-proven benefits of cannabinoid-rich hemp oil without the drawbacks of heavily prescribed medications for chronic pain.

It seems like a viscous cycle. Anyone with a chronic pain issue, whether that be from a car or motorbike accident, sporting injury or fall, can walk into a medical office and be prescribed opiates for their pain without being given an lecture on the long list of side effects alongside the extremely harsh withdrawal if the user wishes to stop using the opiates – which were only originally prescribed for pain that was the result of an impact or injury.

Later that person ends up with an addiction to the opiate drug, and when they try to “come off” their pain increases due to (one of the side effects of opiates), followed by extreme withdrawal that is incredibly difficult to push through without the use of other medications or illicit drugs.

This article has covered how hemp works for addiction and what cannabinoids can do for opiate withdrawal (alongside other medications with highly addictive qualities). Please share this article to spread the good word on hemp, cannabinoids and the endocannabinoid system.