What are Terpenes? Make Your CBD Stronger

If you’re a regular cannabis user or if you are a fan of full-spectrum CBD, you have most likely heard about terpenes. These plant compounds are often argued to be one of the most important aspects of enjoying marijuana or using CBD products.

This is why you come across so many products on the market that boast their use of full-spectrum CBD in place of more concentrated forms of the substance. Most people agree, terpenes make the overall experience better. But what exactly are terpenes, what can they do for you, and why are they so important? If any of these questions have been on your mind, let’s take a closer look at these plant compounds. 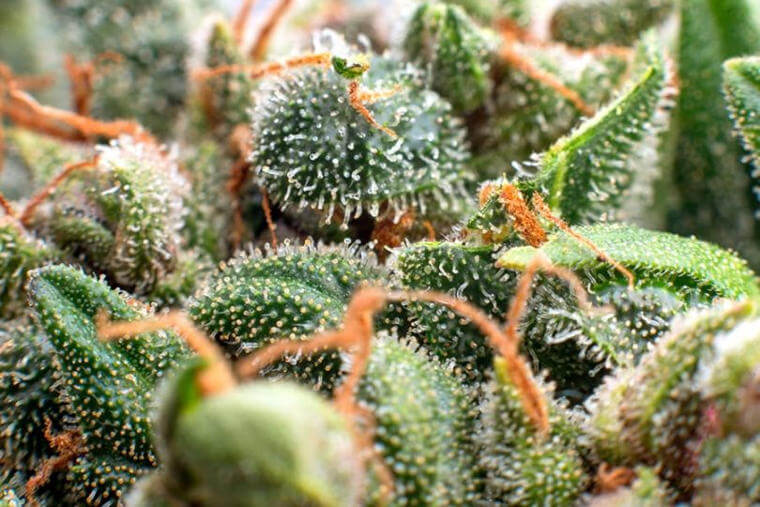 To put it simply, terpenes are aromatic essential oils that are produced by plants as a defense mechanism to drive away herbivores who might be tempted to eat them. These essential oils serve another purpose as well. It is to attract helpful predators and other creatures that can help with the pollination process. Basically, terpenes have helped plants to survive and thrive and the have evolved over times to meet plant needs.

How Terpenes Affect You

Beyond the main uses of terpenes in plants, these essential oils are able to affect the human body as well. Because there are so many terpenes out there, it would be unreasonable to list every single one here as well as what effects they have. However, much like CBD or THC, each one is able to influence your body and mind in order to produce different results. We’ll take a look at a few of these major terpenes and their resulting benefits later on in the article.

For now, let’s take a look at some of the benefits that come from it. They come heavily recommended by many users and for good reason. Here is what you can expect to receive when you use a substance that contains terpenes.

It only makes sense that these terpenes, which are found in the hemp plant, would help to heighten certain effects of the active ingredients. A great example of this is, if you have terpenes that work for relaxation and you are using a strain of THC such as indica, you will receive heightened effects due to the similar properties of both substances.

As we stated earlier in this article, terpenes help plants to are used to defend and attract. This is because the scents attract some and repel others but for us humans, we find a lot of these terpenes to be very attractive. These great smells not only work in our favor when it comes to the aroma but also provide an array of great flavors that we are able to enjoy when we smoke or vape our herbs (and even when they are present in our extracts). Those who smoke marijuana or CBD flowers are big fans of this natural flavor and this is one of the reasons why they find terpenes to be so important to the experience.

If you have used full-spectrum CBD, you have most certainly heard about the entourage effect. The entourage effect refers to the process whereby the terpenes and cannabinoids work along with the CBD to improve benefits. They provide different versions of these benefits when they work together. This is why someone who tries CBD isolate and then tries full-spectrum CBD may have completely separate experiences when using both. This is yet another benefit that persuades people to use CBD that contains terpenes after it has been extracted from the hemp plant.

CBD products may list terpenes and terpenoids as active ingredients on their packaging. While they are somewhat similar, there are some differences that should be noted.

They are considered to be organic hydrocarbons as they have the chemical makeup that you find naturally in the hemp plant. Terpenoids, however, are produced when any part of the hemp plant is dried out and cured. It gains additional properties through this process. That being said, there isn’t too much of a difference in how they operate when they are found in commonly used products.

Common Effects and Tastes of Terpenes

When using any hemp-based product, there are some terpenes that come up quite a bit. Here are some commonly talked about as well as the effects and tastes that are produced by them.

Myrcene is a terpene that is found in mangoes, lemongrass, and thyme. It is one that is very often mentioned when people are talking about marijuana. Myrcene has a very earthy flavor and smell with hints of fruit. It's associated with effects such as muscle relaxation, sedation, and fighting against inflammation. This terpene is largely responsible for the “couch-lock” feeling that users get when they become tired and are unable to get up after smoking marijuana.

Aptly named, limonene is a terpene that is found in a variety of acidic plants such as lemons, grapefruits, and limes. As such, it is said to have a citrus-based taste and is able to elevate the mood of the user, relieve stress, and can fight against fungal infections and other types of bacteria. In addition, it is said to be able to aid in the absorption of other terpenes and chemicals when with limonene, are applied to the skin. This makes it perfect for lotions and creams.

Pinene, most commonly referred to as pine, is an extremely common terpene and it is the one that you can find in places such as pine needles and orange peels. You most likely know what the pine tree smells. Some of the effects of pinene include countering short-term memory loss that comes with smoking or consuming THC, improving airflow to the lungs, and promoting alertness.

Beta-Caryophyllene is a terpene that is found in plants such as cinnamon, cloves, and black pepper. As such, it is said to have a flavor and smell that is peppery and spicy. This is associated with benefits like reducing anxiety, helping to ease the symptoms of depression, and fighting against inflammation.

Terpinolene is a terpene that is found in herbs such as sage and rosemary. The taste and smell of it is “woodsy” or smoky and has sedative, antibacterial, and antioxidant properties. It is also said to be able to calm down the central nervous system to help battle stress or anxiety.

Linalool is a terpene that is associated with the lavender plant and has a lavender smell and taste but with an added spiciness. Due to its reminiscent of lavender, this is great for sedating the user and calming down symptoms of anxiety or overall nervousness. It may also be able to reduce pain and seizures. It is currently being researched as possibly being able to battle cancer.

Alpha-pinene is very similar to pinene in both smell and effect. However, alpha-pinene contains a few extra effects such as fighting against bacteria and improving respiratory function.

Humulene is a terpene that appears in basil and clove, making it very earthy in flavor and smell but with added spiciness that you can easily detect. Like most other terpenes that share these aromas and flavors, humulene is perfect for those who need an antibacterial or anti-inflammatory terpene.

As you can see above, these naturally occurring chemical compounds play a huge role in the overall effectiveness of substances found in the hemp plant, more so than they receive credit for. From pinene to linalool, each of these chemical compounds play their own role in the human body and when they are combined with THC and CBD, they have the potential to enhance the effects of these active ingredients and work with other substances to provide effects you wouldn’t experience if you were using CBD or THC by itself.

If you have been hearing about the benefits of terpenes but were unsure of what they were or how exactly they made a difference in the THC or CBD absorption experience, this guide should give you a better idea of what terpenes are, how they function, and how they can combine with your CBD or THC to further enhance the benefits you are looking to receive from these substances.